The Creeps. I Has Them.

You know, I saw "From the Producer of Paranormal Activity and Insidious" on the poster for Sinister and I was ready to write it off. 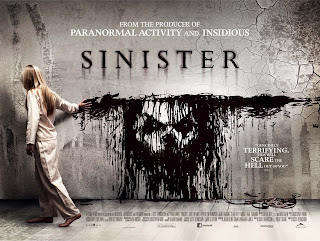 DO NOT WRITE THIS MOVIE OFF!

I do not get creeped out often and this one was literally a white knuckler.  I have a crease on my ass from the edge of my seat.  I could not take my eyes off of the screen and I'm not sure I blinked for a while.

It's good enough for me to use awful clichés.  Does this tell you anything?

This is not to say that it doesn't have problems.  I mean, it does follow a pretty traditional haunting/search for lasting fame/author searching for the book of a lifetime places himself and his family in danger plot so it's almost predictable.  The twists, though...  Oh, boy, the twists.

I'm gonna try not to spoil anything here, but basically, the story goes like this.

Author dude Ellison Oswalt (Ethan Hawke, looking suspiciously like one of the Dillon brothers) moves his family into murder house unbeknownst to his family (until later in the movie which causes issues) because he wants to write the bestest true crime novel EVER.  Ellison finds a stack of 8MM snuff films in the attic that show a series of murders going back to 1966.  He enlists the help of the local deputy to help him make the connection.  In the films, though, is a creepy dude who it appears is some kind of pagan child-eater-god named Bagul that uses images as a gateway to his victims and he's placed his family directly in its path.. 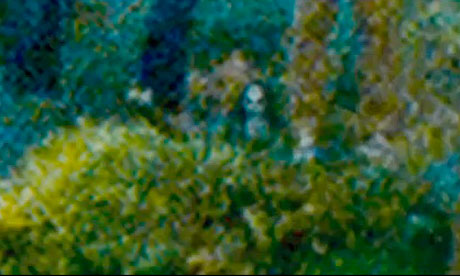 Keep lookin'.  He's comin' for you next.

Now, I understand that a modern audience may not like or get this movie but fuck them.  This movie has classic horror written all over it.  From the first frames where we watch the death of the family into whose home the author has moved to the utterly inhuman noises coming from the eldest child in the middle of a night terror to everything that happens afterward (although I wish the commercials hadn't given away some of that), this is fresh and, even given it's almost predictability, exciting.

Seriously, the only question I left this movie with is "Why the hell doesn't this asshole turn on the damn lights when he's investigating strange noises in the house?"

Sorry, but if I hear stupidness in another room, the lights are going ON.