Do you know what happens to movie franchises when fanboys get ahold of them?


They change into forms almost unrecognizable.  They try and take on ALL of the attributes that we love and turn into a steaming pile of suck.

Yes, kids.  Today, we discuss the hilarious awfulness that is Freddy vs. Jason. Let me first say that y'all bitches know me and you know that I'm going to rip this apart because I actually enjoyed it but I did NOT enjoy it because it was stellar film making.  I enjoyed it because of the black hole of stupid that was this movie.

Hollywood?  Whenever someone comes to you with a script that requires that two franchises merge and you're going to have to spend a LOT of money getting the rights to at least one of the characters in question, RUN!  Yes, we know that people wanted this in 1987 but, frankly, if it had been done THEN the movie would probably be better instead of this whole MTV Quick Cut editing that we're forced to endure these days.  16 years, $6 million dollars worth of rejected scripts and the squicky idea of Freddy having molested Jason as a child (because potato head children need love, too, I guess) tossed out the window later, we're stuck with this crap. 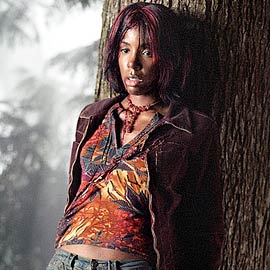 See?  Even Kelly Rowland hates it and she had to suffer Beyoncé's diva moments.

When I first heard about this, I was all kinds of excited because who didn't want to see Freddy and Jason duking it out?  Mano a mano.  Glove vs. Machete.  Brain vs. Braun.  And then I got to the theater.

I watch it from time to time because it makes me laugh while I watch it but then I forget where I am and wonder why I'm lying in a kiddie pool full of Greek yogurt and ferrets when it's over.

This is what happens when fan fiction meets the silver screen, kids.  It hurts us and causes holes in our memory.  It's a weaponized form of Alzheimer's.  STAY AWAY.

Oh, and what the hell is it with raves in fucking cornfields, anyway?  Are they held as an annual sacrifice to He Who Walks Between The Rows?  Are they meant to flush out unwanted children?  The world may never know.

Everybody knows that the best raves are held in abandoned warehouses or properties known to be haunted and full of rats.