There's something about low-budget horror that draws me in.  I don't know if it's because of the unintentional hilarity or just seeing horror through the eyes of a young filmmaker but low, and even micro, budget horror films just grab me.

It always shocks me when I realize that John Waters never made a horror film but I think that the avant-garde art community has finally filled that niche with San Francisco's own Peaches Christ aka Joshua Grannell. 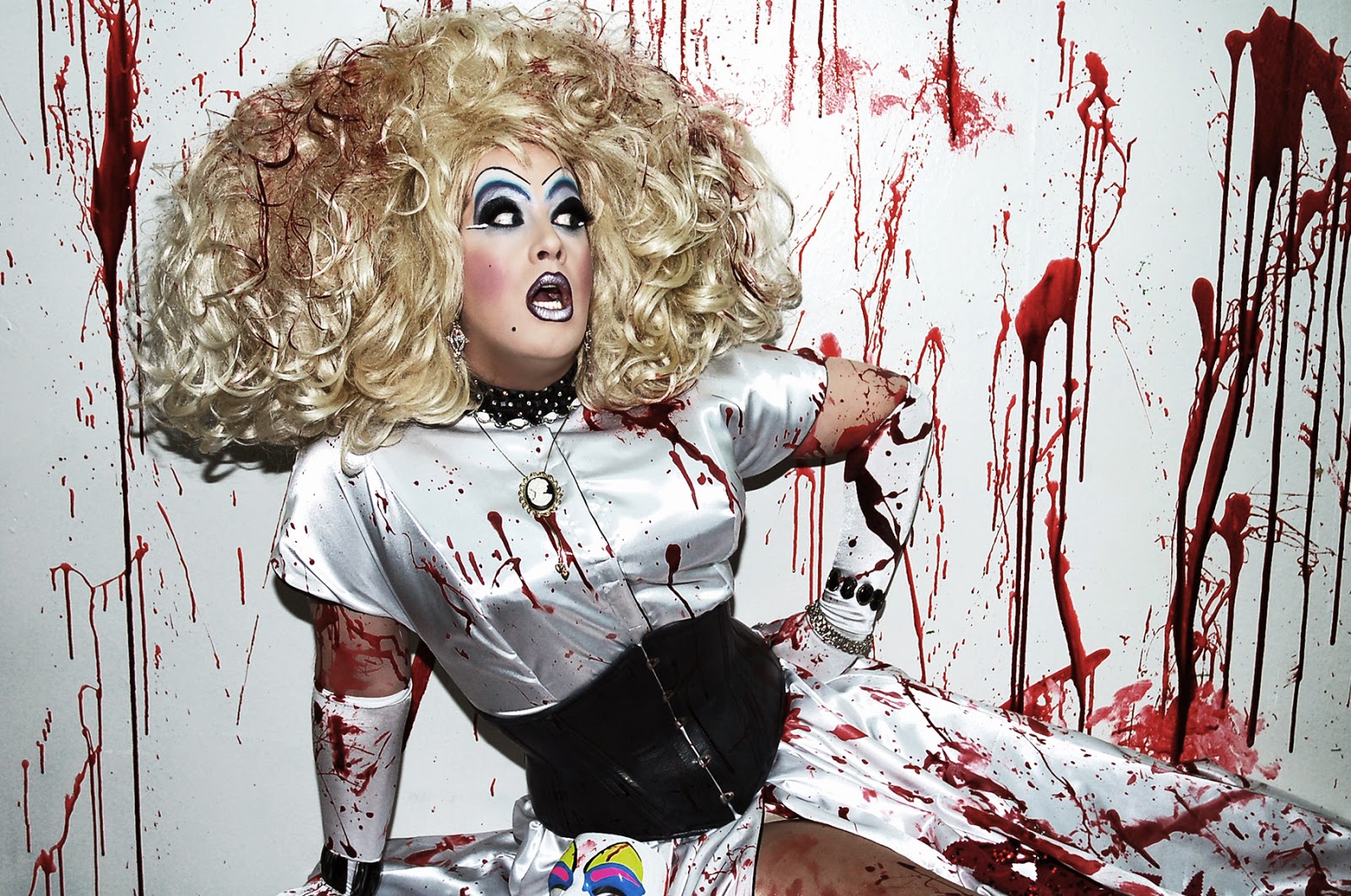 It seems that drag queens and horror mix well and Peaches collected enough of them dollars to make herself a movie. 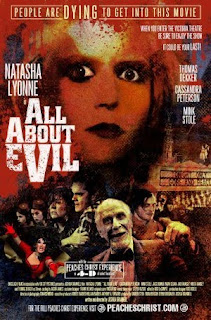 Not only is All About Evil a fun, campy romp through low-budget-opolis, it's a hilariously loving homage to B-movies.  This is reflected in the script, the filming, the location (it was shot around the SF area and features the Castro Theater, which is one of the MOST AMAZING theaters I've ever had the pleasure of entering) and, most importantly, the cast.  It stars Natasha Lyonne (But, I'm a Cheerleader), Thomas Dekker (Nightmare on Elm Street), Cassandra Peterson (ELVIRA, BITCHES) and B-Movie ROYALTY, Mink Stole. 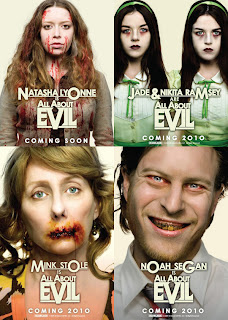 All About Evil is the story of a librarian who is trying to save her father's theater and inadvertantly starts a guerrilla film movement when the murder of her step-mother is caught on the security cameras and inadvertently shown to the audience currently waiting for one of their horror favorites.  The audience eats it up.  We witness a very FAST descent into madness (which is just as satisfying as a slow one) and it's a giddy, bloody, candy-colored ride through to the very end.

This movie does NOT, by the way, give us the interminable slowness of a lot of indie films.  It's fast-paced and exciting.  Peaches knows her shit and she is one of the many, many reasons I wish I lived in San Francisco.

Seriously, I have NOTHING but good things to say about this movie.  Yes, it's overacted but that's intentional.  It's still wonderful.  It gives us gore-gore girls and rabid fans and skips gaily through the forest of tropes.  It's an insane trip through the mind of a frothing horror fan and it's FUCKING ADORABLE... well, as adorable as a horror movie gets.

Now, this is really only shown at arthouses and cons but if you can snag yourself a copy on DVD it's totally worth it AND it supports a fantastic artist and supporter of genre films and underground filmmakers.

What are you waiting for?  Order it, now!  Visit Peaches' site and make her print more!  Or, even better, get your ass in front of the TV on Halloween at 3:00 PM EST and make sure you have Chiller 'cause they got it!