The Empowerment of Women

Britain has been really coming into its own, lately, in terms of horror movies so it is with absolute pleasure that I introduce you to Doghouse.

Yeah, it's been out for a few years but since it comes from across the pond, I don't know how many of you have actually seen it.

ANY-hoo, this movie reminds me why I'm gay.  'Cause mind-controlled zombie-women, although awesome, be crazy.  I'm lookin' at YOU, Miss Britney Spears. 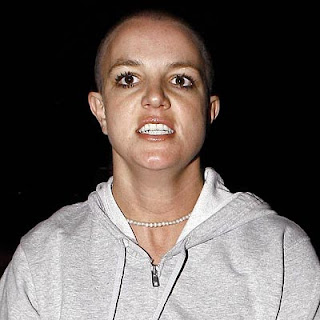 Men be crazy, too, which Doghouse shows off nicely, but THAT'S NOT THE POINT!  Actually, it kind of is the point.  Only, not really.  This MOVIE is crazy, though and that IS the point.  Crazy AWESOME!

So the movie starts out with the male characters being... well... men and leaving their respective spouses (to the spouses' collective pissed-offedness) to console a buddy who just went through a divorce via a road trip to a town called Moodley where the women are supposed to outnumber men 4-to-1.  Turns out, though, that the women in Moodley are, as mentioned previously, mind-controlled zombie freaks who were exposed to a toxin delivered through washing powder.  Damn government experiments.

Now, a lot of folks claimed that Doghouse ripped stuff off from Shaun of the Dead, but I don't see it.  Other than the humor (of which this movie is decidedly of the Benny Hill variety) and the zombies (which, technically, aren't zombies because they aren't dead), I find it to be somewhat fresh.  I CAN see that they borrowed from Jack Ketchum's Ladies' Night but Shaun of the Dead?  Geddouttaheah!

This movie has a surprisingly low body count among the normals but, you know what?  That's OK because it's still delightfully gory and a fun watch.

It won't win any awards from feminist groups, though, because, seriously, this movie is misogynistic as hell.  Please don't misunderstand me, I am a firm believer in equal rights and opportunities for women but this movie wades into the battle of the sexes easily and with sharp implements.  Oddly, though, from MY point of view, although 4 out of 6 of the sexist pig bastards survive (not including the gay one... who survives but is not a sexist pig and calls the others out on their shit), the women, as monsters, actually held quite a bit of power, here.  Granted, they were mindless zombies but they could fuck your shit up.  The men, on the other hand, have to rely on toys and dressing in drag to achieve their goals.  Reverse sexism in the house!

Keep an open mind and check it out.
Posted by BobSmash at 11:33 AM