Tweezers Will Not Help

You ever watch one of those films where you're not sure exactly WHY it didn't get a full release because it's damn good and more people should see it but you know that the reason WHY it didn't get seen is because nobody had the cash to get it out there? 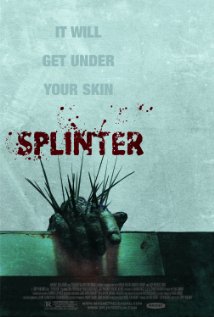 It was shown in 4 theaters and, dammit, it should have gone further.  MUCH further.  We're talking Trick'r'Treat levels of unjust non-distribution.

Anyway, the film starts where all good horror films should start.  In the woods.  Because the woods hate you and you should never go there.  Our unlikely hero, Seth (a biologist), and his kinda tomboy-ish girlfriend, Polly, fail at "Shelter 101" even though they want to do the Anniversary Mambo under the stars (this is not really that important) and decide to get a motel room like any sane person.

And then they get carjacked.  Enter Dennis and Lacey.

And then they hit something nasty.  I would call it roadkill but it was basically already dead when they hit it.  It turns out to be infected with this black stuff that looks like ferrofluid.  (Ferrofluid being the most awesome looking thing EVER!!!  Magnets are rad.) 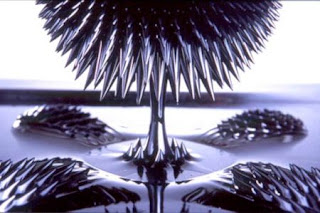 So, this stuff, as it turns out, is definitely some kind of parasite but it kind of doesn't stop when its host is dead.  It continues to animate the parts and such.

Because a WHOLE hand would have just been silly.

Now, this doesn't sound like a lot but the cool thing about this movie is that it packs SO much tension into it what with the alien force AND the criminal AND being trapped in a gas station and it's just an awesome ride.  Beyond that, the script sets up character archetypes and then breaks them down to allow characters some breathing room and to let them be more human.  You feel for these people and you watch them evolve as the story goes on. 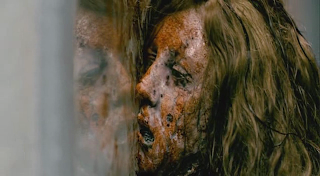 
Add to that some AMAZING practical effects and a minimum of noticeable CGI and you've got yourself an unsung masterpiece that needs to be shared with the masses.
Because sharing is caring.

Now, people often complain that there isn't enough explanation as to the splinter-thing in this movie but I ask those people, in my best Shanaynay voice, "Whyyyy do you need to know?"  Seriously.  Why do you need to know what it is and where it comes from?  Isn't that one of the points of horror is that we're afraid of the unexplained or unexplainable?  Is this not the reason religions were founded and science was born?  Let it be unexplained so we can actually fear it.

Descriptions are for pussies.
Posted by BobSmash at 12:01 PM