As I've said, previously, the British have really been stepping up to the plate in terms of horror, lately.  Yes, yes, Hammer and Amicus, blah, blah.  Those films are classics and all but I'm talking about the new blood. 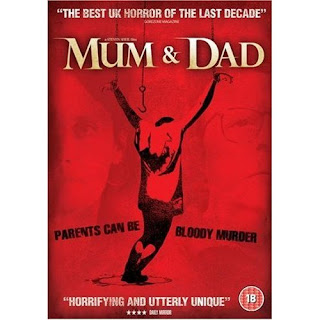 This movie kind of has that "kitchen sink" feeling to it, in which you can recognize bits of inspiration from everywhere but it is definitely greater than the sum of its parts.

The movie starts out with Lena, an immigrant working at Heathrow Airport who suddenly and inexplicably gets help cleaning the toilets from Birdie, an insufferable chatterbox who, later, turns out to be a complete bitch.  (We're GETTING there. Hush!)  Through the magic of exposition, we discover that Birdie is a klepto and Lena used to have some behavioral issues but she's better, now and she carries around a compact left to her by her grandmother that Birdie takes a shine to.  Also, we discover that Birdie's whole family works at the airport and her brother doesn't talk much.  Since, in the midst of all this exposition, Lena misses her bus, Birdie invites her to spend the night at her place.  While looking around, we meet Dad who proceeds to knock her unconscious and give her an injection.

AGAIN!  Where do the psychos get the injectibles!?! 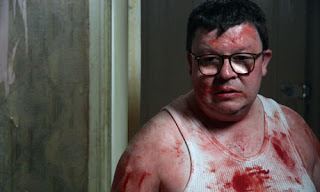 What, exactly, is it with Londoners and their wifebeaters, anyway?

Lena wakes up and finds that she's handcuffed to a bed.
It turns out that Mum and Dad are serial killers who have a SERIOUSLY twisted sense of "family" and they've done this before.  Lena's been "adopted" and now she is Mum's personal playtoy and Mum calls her "her little angel" and says if she doesn't behave, she'll have to give her to Dad.  And Mum likes to break her dollies.  And Dad?  He's more of a plushie.  (Do I REALLY have to explain what a plushie is?  Suffice it to say that stuffed animals are not immune to rape and murder.) 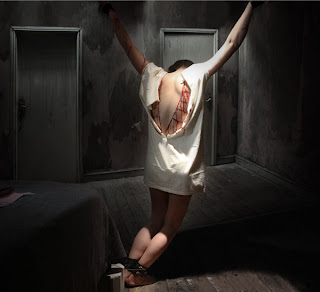 This is the story of Susie and Bill.
Susie likes torture while Bill likes to kill.
Names have been changed to protect the innocent.

Personally, I think this is one of the best serial killer/torture horror movies out there.  The suspense is tangible and you really learn to hate these people by the end.  They deserve whatever happens to them and I was glad to watch it happen.

Watch it.  Then call your parents and tell them you're glad they aren't completely batshit crazy.
Posted by BobSmash at 11:32 AM