Sometimes, being stuck on your couch for a weekend can be a good thing.  For instance, I got to watch a ton of movies this weekend so that they're fresh in my Jaeger-quil (the "nighttime, sniffling, sneezing, coughing, aching, stuffy-head, fever, wake up in a loincloth and a snorkel with a new tattoo and a leather-clad biker named Jim" medicine)-addled mind.

Some of them are still undeniably forgettable, though. 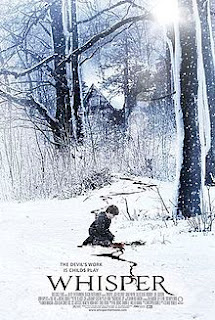 A guy who has just been released from prison decided he wants to run a restaurant and goes to get a loan for which he is pretty much immediately shot down.  He decides that the best way to get his down-payment is to participate in a kidnapping with his former criminal cohorts.  Because that just SCREAMS responsibility. 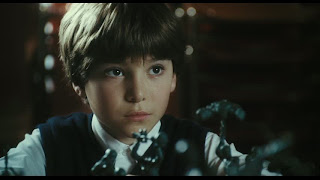 Does this haircut say "victim" to you?


So, he gets the kid and they all trundle off to a cabin in Maine whereupon the kid goes all Omen on them.

And there's your movie.

Don't get me wrong.  It's not a bad watch.  Even if you go into it knowing that it's a creepy kid movie, it still has some moments but ultimately, it's shallow and EMINENTLY predictable.  It's like Dionne Warwick is sitting right next to you during the whole thing being your personal Magic 8-Ball. 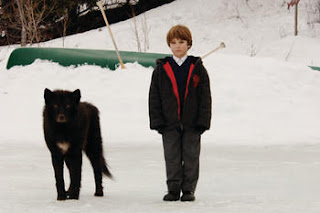 
The acting, though, given a completely blah, "I wanna be O. Henry" script, was good.  It wasn't award-winning but it was entertaining enough.  This should be expected since the film stars Blake Woodruff, Joel Edgerton and Sarah Wayne Callies, all from The Walking Dead.  Also, keep an eye out for Cory Monteith from Glee.

This is, yet again, another "turn your brain off" movie.  Not much in the way of gore.  Some creepiness.  A couple of characters you want to slap around for being idiots.