Director Marcus Dunstan gave us a beautifully shot update on "The Most Dangerous Game" in The Collector.  It was taut, claustrophobic, chilling and utterly underrated.

But I'm not here to talk about a GOOD movie. 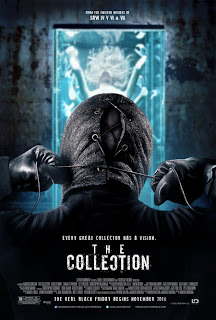 Seriously?  They couldn't even change the POSTER from the first film?

Now, before we get going, I WILL say that there are parts of this movie that are done really well.  Unfortunately, none of them are character development, script or plot.

So, if you saw the first movie, you know that this guy:

Henceforth to be known as Whiney McAngst-Face.

Defeated the Collector only to wind up being collected himself.  This just proves that he did not do his due diligence as a movie anti-hero and missed the most important part of dealing with Trappy O'Psychopath and that is TO KILL HIM!  Granted, I get Hollywood's almost obsessive need to create "franchises" instead of "good movies" but this needs to be said.

IT IS ENTIRELY POSSIBLE TO ACTUALLY END A MOVIE AT THE END OF THE MOVIE!

Anyway, now that that's out of the way, we'll introduce this person: 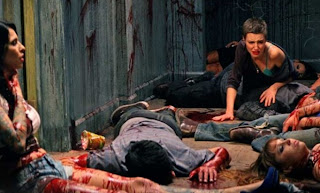 She's apparently the daughter of someone important who survived an auto accident in her childhood.  How important?  Not sure.  Her dad does something that entitles him to bodyguards.  Or, it could be that the movie does say something about it but I just didn't care because all we REALLY know is that the accident left her with a need to wear a hearing aid which, seriously, is more trouble than it's worth.

She goes to a rave at a warehouse that requires a password (because the best raves always do) and her douchebag friends (along with the other ravers) get killed in a douchebag way after she stomps out, which is what she gets for watching the douchebag guy that was kind of set up to be her douchebag boyfriend hit on another douchebag girl, but she comes back and gets to watch the douchebag friends that missed getting diced in the first wave get pressed into a fine vintage which is probably the most useful they will ever be. 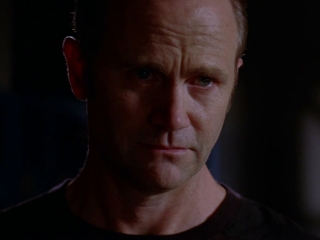 THIS guy is the body guard who puts together an elite team of black ops commandos to rescue Hottie Von Deaf Chick.  He seems to have an inappropriate level of affection for HVDC.  It's almost creepier than Trappy.

There are traps.  People die in fun and interesting ways.  Trappy has a pet whom we will call "Bait".  EXPLOSIONS!

This is an OK popcorn flick.  Turn off your brain and watch the body parts fly.

Other than that, it's forgettable.
Posted by BobSmash at 1:10 PM