No, today, I'm reviewing a television show and it's one that I've been looking forward to for a while. 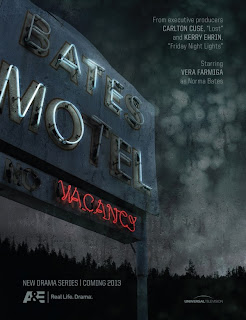 Great Googlie-Mooglie this show is starting off FANTASTIC!

You all know about Norman Bates and his relationship with Mother.  The new series goes deeper into that relationship as it's a prequel to the movie.  Norman's father dies and 6 months later, Mom goes all "free-spirited" and buys a motel.  That part's a given, really.  Dad dies a little mysteriously for my taste but I'm sure we'll get into that later in the season.  Norman makes a few friends at school that Mother does not approve of, of course, and one of the neighbors gets pissed at them because they bought his family's property.

NO, I'm not going to tell you any more.  Suffice it to say that since we are only one episode in, we're just getting a glimpse of the crazy to come.  Vera Farmiga is delightfully twisted as Norma Bates and Freddie Highmore has always done quirky well so he's KILLING it as Norman.  He even seems to have taken on some of Anthony Perkins' mannerisms. 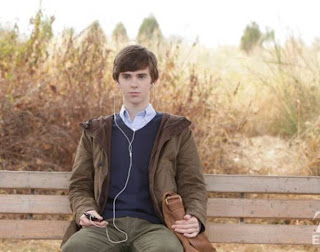 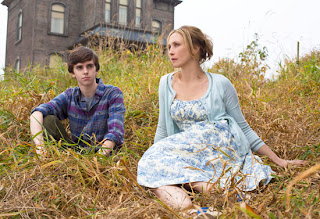 Pretty, yes, but he likes it, too.

No, I really don't have anything to bitch about, yet.  I'm sure I'll get into it more, later, but this gave me a solid start and, time period notwithstanding, Bates Motel is rocking my world, so far.  I hope they take us down a rabbit hole of madness and incest (squicky but essential to the plot) and I hope that, at some point, they go into what happened to Mother and let Norman take it on his own.