A lot of die-hard horror fans will probably hate this next post because it doesn't, technically, involve a horror movie.

Except it kind of does.

I'm going to go on record here and say that Disney's Hocus-Pocus is one of my very favorite spook movies. Except it's not that spooky.

See, this is that movie that has a little something for everyone.  It's definitely a kid's movie but it's grown up enough for adults to enjoy it, too.  (Disney has really gotten the hang of that over the years.)  It's not gory or scary, really, but it's just creepy enough to keep you interested.  It's got a great, if simplistic, story and, now that we're older, we can appreciate that it brought us a young Thora Birch who's practically a psychological indie-horror mainstay, now. 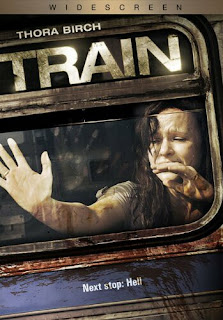 Except we don't know what the hell happened here...

And the movie does have some horror cred behind it.  Mick Garris co-produced and wrote the screenplay.

This isn't to say that it isn't cheesy as hell.  I mean, it IS a Disney movie and it actually wasn't even supposed to go to the big screen.  It was supposed to be a made-for-tv movie for The Disney Channel.  But the cheese-factor is WHY I love it.  Besides the fact that it does have an incredible cast.

I mean, Bette Midler as the head villain, a centuries-old witch aiming for world domination and Toddler on a Bun for lunch?  Come on.  Who casts that unless large hunks of cheddar is what they're going for?

I'm sorry, Bette, but as much as you want to be considered a serious actress and you have the chops for it, you're always gonna be bold, brash, ballsy Bathhouse Betty to me and that, and the fact that you had TONS of fun making this movie, shines right through.

Add in an utterly ditzy Sarah Jessica Parker and the fat joke that walks, Kathy Najimy (prior to losing a lot of weight), and there really is a triple-threat, there.  And MY favorite part, as is everyone else's, I'm sure, is Bette's big musical number.  It's probably my favorite version of "I Put a Spell On You", ever.  (No disrespect, Screamin' Jay Hawkins.)

There's really not a lot here to hold on to the hard-core gore-hounds but I still think this is oodles of fun and it's a Halloween staple in my house.

I don't even HAVE kids.

I buy fun-size Baby Ruth bars for ME, bitches.  Hands off.

Of course, my triglycerides tell a different story and are possibly out to get me.  I'm not full-on paranoid, yet, but I still think I see little fat ninjas lurking about sabotaging my lunch and turning it into a salad.

Assholes.
Posted by BobSmash at 11:45 AM