My Name is Bob and I... am an arachnophobe. 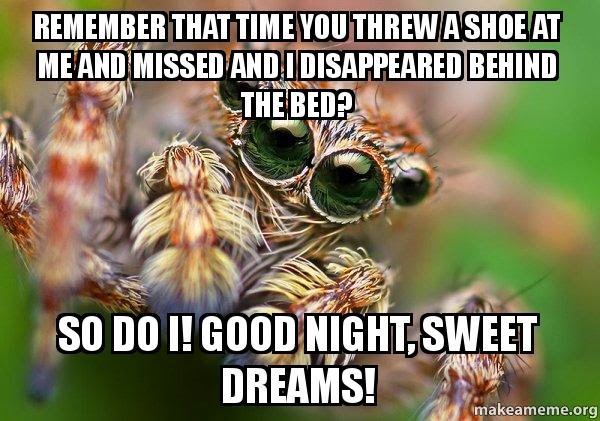 Spiders are eight-legged abominations that, while I understand and almost appreciate their role in the natural universe, can go the hell away.  We'll find better, less creepy insectivores to take their place.  Ones that don't look like miniature face-huggers and have faces.  Not just multiple eyes tacked onto a torso with independently mobile teeth below dripping venom, staring at me with abject hatred and plotting my demise.  GROW A NOSE, then we'll talk.

In 1990, Frank Marshall became the most hated man in my seventeen-year-old world.  For he brought us the culmination of all of my irrational fears, Arachnophobia. 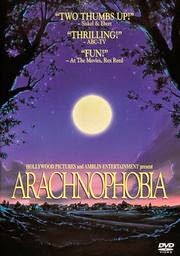 Most people look at this movie as a thriller/comedy.  I mean, who wouldn't?  It's got John Goodman in it.  The Dude abides, indeed.  And I admit that it IS funny in spots.  All in all, it's a very enjoyable movie but this is LITERALLY the only movie that ever made me jump out of my seat and cover my eyes.  I even watched Kingdom of the Spiders as a kid and didn't bat an eyelash (although I blame that more on William Shatner than anything... my brother ended up getting hit for making spider hands on my shoulder, though).  Eight-Legged Freaks was a cakewalk compared to this movie.

So, anyway, back to Mr. Marshall.  Not only did he take something that I was deathly afraid of and increased it's numbers to "Biblical Plague" proportions, but he altered them.  Made them more powerful.  Made them immediately deadly.  And they looked like this: 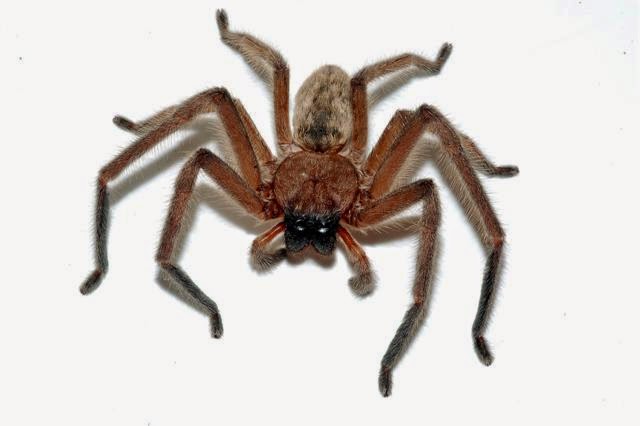 No, seriously, Frank.  Die in a fire.  You and your successful alien invasion film can bite my hairy, white ass.  You wanted it to be like The Birds but funny?  Fuck you.  I don't care HOW cute and quirky it is.  I could give a rat's ass how well the suspense was played against the comedy.  Making fun of Julian Sands' hair?  Hilarious and THAT'S NOT THE POINT!  Jamie Hyneman worked on special effects?  WHO CARES!?!  All the entertainment value in the world does not hold a candle to the utter terror I experience watching this movie.

Which, of course, makes it one of the greatest horror movies of all time.

I'll be curled up in a corner with a can of Raid if you need me.