Kristin Stewart Can Die In A Fire

Today, you get TWO, TWO, TWO posts... dammit I was gonna say TWO POSTS IN ONE but that really doesn't work.

You DO get two posts out of me, though because I'm pissed.

Pissed that American literacy standards have decreased to the point that Twilight is a best-selling series.

Yes, I've been pissed about this for a long time.  Sue me.

THIS, people, is just fucking wrong and I hope to hell it's photoshopped but for some reason, I doubt it. 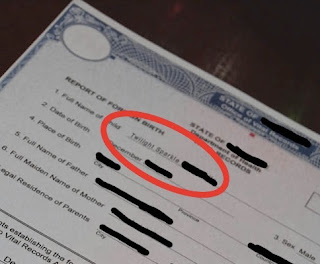 Repeat after me, kids.  Twilight is nothing more than a Mormon dating primer set in a world where vampires sparkle and fully grown whatevers romantically imprint on unborn fetuses.  Where the main fucking character is never fully described and has no flaws except that she's "clumsy" until she gets married and turned into a vampire where she's finally described as "hot and no longer clumsy".  Keep in mind that she was turned into a vampire to SURVIVE THE ABUSE OF CARRYING A VAMPIRE PREGNANCY.

Think about that.  They KILLED her (and forced her to a damned unlife drinking the lifeblood of others) so that the BABY would live.  TELL ME that's not some kind of sick Mormon anti-abortion message.

Just so you all know?  It is my life's mission to get my hands on time travel technology so I can make sure that Stephenie Meyer's mother gets a complete hysterectomy at age 9.  Barring that, Stephanie Meyer is SO gonna get stranger-punched if I ever see her in the street.

Stranger-punched right in the pussy.
Posted by BobSmash at 6:43 PM