You remember my obsession with the freaks and geeks of the world, right?

I was HOPING that Joey Stewart's 2010 The Final would fit the bill and it very much did. As avid a fan of the AfterDark Horrorfest as I was (I say was because they are now AfterDark Originals), I looked forward the the 8 new bits and bobs of terror they brought me ever year and, really, I still do.  They put out, for the most part, good product and The Final is no exception.  The only really BAD one I saw from AfterDark is fucking Nightmare Man.  That shit needs to be burned.

ANYHOO!  The Final is another one of those movies where the victim becomes the monster that I love so much.  When it comes to teenage revenge films, this is one of the more visceral and that makes me a happy nerd.

Maybe not this happy.

The movie starts with a kind of montage of the torture that these kids go through every day which, in and of itself, should tell you that these kids have plenty to be pissed about.  So the kids decide to hold a party at a cabin in the woods that one of them just inherited.  Fortunately, no one knows who owns the place so all of the popular kids go "Like, OMG, a party!  Let's go!  There might be drugs!"

This is because popular kids are stupid, apparently. 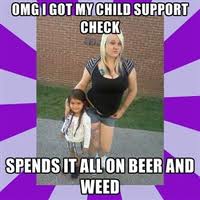 
And then the fun starts.  Remember what I said about chemistry?  It gets used A LOT!  Like a homemade paralytic (again, I still don't know where people get the needles... is there some kind of heroin junkie supply shop near all of these people?  One that advertises "Psycho Special, Buy One Get One Free, Sterilization Package Optional"?) and a kind of acidic paste that doesn't really eat your skin but, rather, makes it kind of melt. 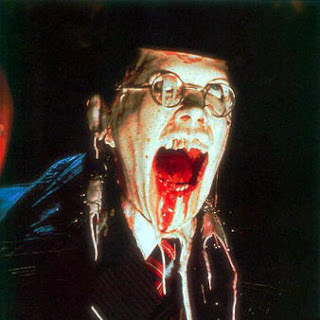 Not like this... but it would totally be worth it for all those wedgies.


This movie is DARK.  Like, blacker than black humor is even sparse.  These kids have had enough so they decide if they're gonna go out, they're going out with a bang.  Their leader doesn't even have pity for his own people and kills one of them for getting the one cool kid they liked a key to get out.

One of the cool things about this one is that it references a lot of other films, most notably Audition.  It's kind of fun to pick out the inspirations, here.

The sad thing is that, drugs, strange chemicals and the shepherding of popular kids to a kegger aside, this plot is 100% plausible.  The basis of this movie is the Columbine massacre, among other school shootings, where young outcasts lashed out at anyone and everyone.  And it's movies like this, along with my own life experience, that make me even more thankful for anti-bullying initiatives and programs like The Trevor Project.