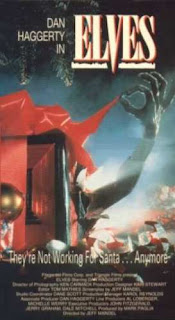 What the FUCK did I just watch?

I mean, I saw Dan Haggerty and said "Grizzly Adams... this could be interesting" and then my world fell apart.

This is not a happy man, all beardy and cute, with a gentle bear friend and an avuncular, suede-covered fat man following him for no reason.  This is a failed Mall Santa.  This is what led him to officiating a wedding at the Bunny Ranch in Nevada.  This is the cinematic equivalent of meth addiction and it's sad.  SAD, I tell you!

There's a story, here, really... somewhere... and it goes a little like this:

The Nazis are planning global domination via a superhuman half-elf born to a (previously) virgin child of incest.  (OH!  Before I go further, I should tell you that there are no "elves" in Elves.  It's "elf".  Singular.  And more than that, it's a shitty hand-puppet in a damn Santa hat.  Much as I love puppets, this one hurt my soul.)

So, anyway, the deal is that one of the soldiers has to have a child via incest (because that makes the BEST breeding stock) that has to fuck an elf.

No, I'm not sure you heard that right.  The soldier has to father a child through incest.  This child then has to grow up and bone.  An ELF! 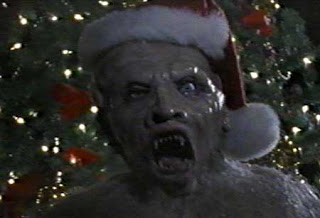 Even taking into account the elf in question, we all know that incest is not exactly the best route to evolutionary advancement.

So, 16 years pass by and the teenage-incest-daughter and some friends decide to pretend to be all Wiccan or pagan or satanic or whatever and they accidentally summon the elf.  Enter failed mall Santa, Dan Haggerty, who must then help the, apparently, suicidally stupid teenage-incest-daughter defeat the elf and her father/grandfather. 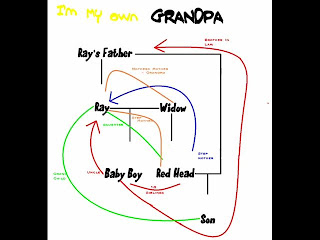 Yes, this song makes more sense to me, now...


Now, I'm all about making the Nazis look like the idiotic tools they were (and are, if you count the current Pope), but this goes beyond idiotic straight into the realm of  "My brain hurts."

Run away from this faster than a French border guard with new track shoes and a coupon for cigarettes.
Posted by BobSmash at 11:13 AM