Today, we're going to review an original while tomorrow we'll look at the remake.

That being said, one of my favorite holiday horror movies is Black Christmas.

Don't be misled by the poster shown above.  That's just Warner Bros. stepping in and changing the title for the US theatrical release like dumbasses.

Anyway, this 1974 holiday hootenanny is kind of iconic as one of the first slasher exploitation films.  (Not taking into account Peeping Tom, Psycho, any of the Hershell Gordon Lewis splatter films and any Italian Giallo films, of course.)  The difference here is that in the 60s, for the first time film taboos had relaxed to the point that nudity, gore and shock techniques could be used readily, and they were.  So, here we are in 1974 with Margot Kidder, Olivia Hussy and Andrea Martin getting stalked by a psycho in their sorority house.


Bad fashion choices aside, this slow burn of a  flick most definitely falls into the "The Call Is Coming From Inside The House" variety.  It seems to have been written specifically with that urban legend in mind and used a recent set of Canadian murders as a loose basis for a plot.

Loose is the appropriate word, here because the original title was called Stop Me and it was half typewritten and half written on tear-soaked bar napkins by Roy Moore (I assume... the internet can only tell me so much).  Since he died in 1980 and was never interviewed about the movie, we can only be thankful that it wasn't smeared onto a bleak hotel room's wall in his own feces.  Bob Clark did what he could to salvage it and I think he did a darn good job.

There's really not a lot of plot going on here.  Psycho killer on the loose.  Girls in sorority house.  Hey, I have a plastic bag handy.  Look, a pretty unicorn I can go stabby-stabby with.  Oh, the main character wants to have an abortion?  Let's screw with her.  How may voices can I make over the telephone?  How far can we push Margot Kidder before she completely snaps? 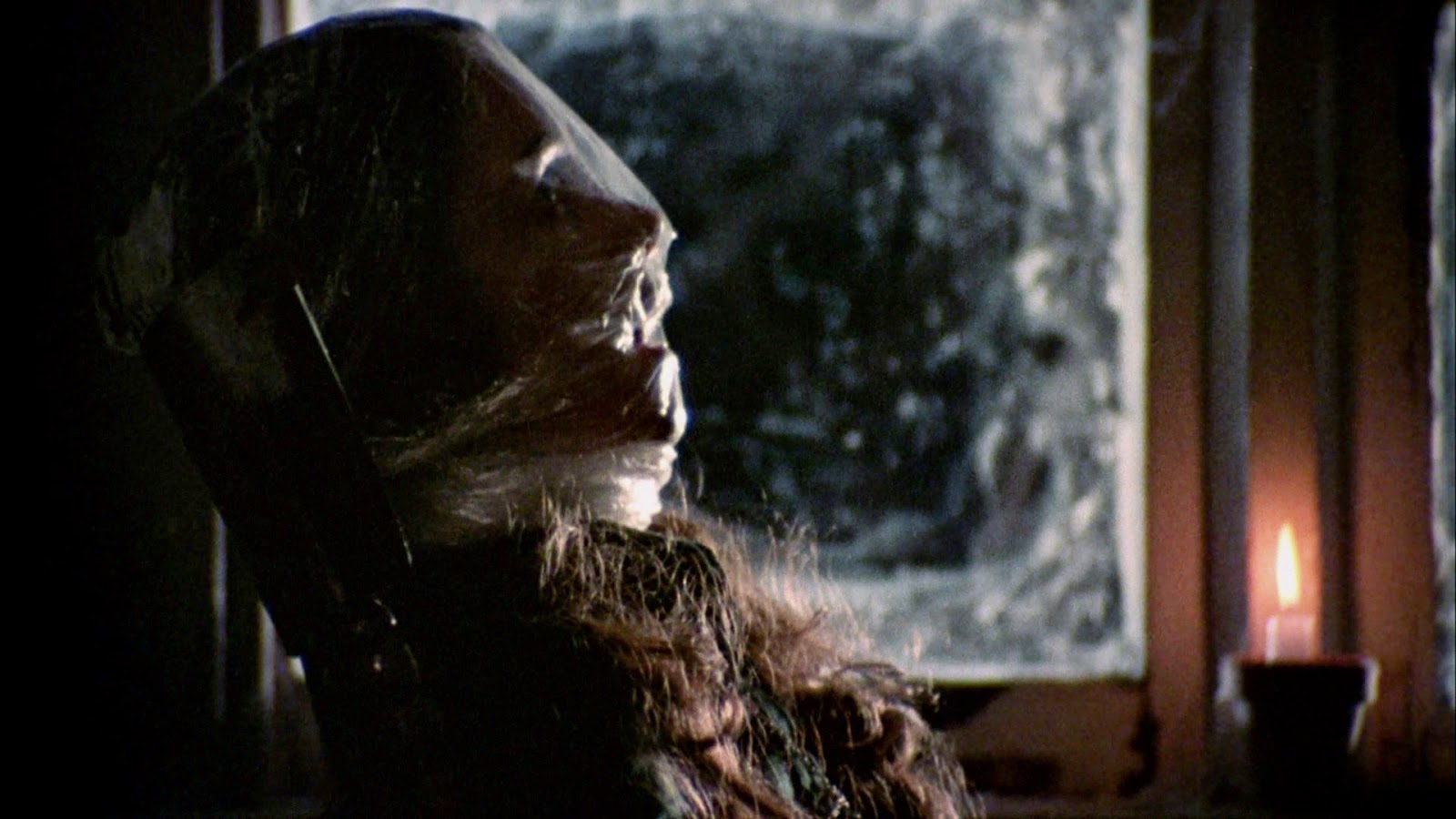 This is why they put warnings on bags, now.
The people most likely to hurt themselves with them can't read them.
The world is fucking stupid.

Now, from a cinematic standpoint, this does have some mystery and suspense to it.  Bob Clark may not be the best director in the world but he has some idea of what he's doing.  If you haven't seen this one, color me surprised because it's not like it's not 40 years old, or anything.

Back when smoking was allowed in sorority houses... and during pregnancy.
A couple of nifty tidbits:  Originally the role of Mrs. Mac was offered to Bette Davis, the role of Peter was offered to Malcolm McDowall and Gilda Radner was offered the part of Phyllis Carlson.  Also, the studio wanted Clark to change the ending so that it did not leave the story ambiguous but Clark refused.

I know there have been a ton of different college courses taught about this movie alone to analyze it from a feminist standpoint but I'm not sure it needs to be studied that closely.  It's a good movie and that's all that matters.