The Granddaddy of Them All

No Holiday Horror list would be complete without mention of everyone's favorite.  No film has created more controversy, had more imitators or fathered more clichés than 1978's John Carpenter masterpiece: 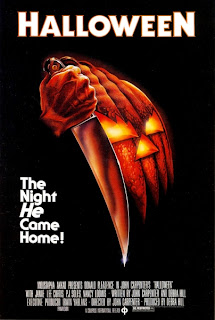 With, at least according to critics at the time, a "duplicitous" style resembling Val Lewton, Brian De Palma and Alfred Hitchcock, a $300,000 budget and a relatively unknown lead actress named Jamie Lee Curtis, John Carpenter gave us the seminal slasher flick.

If you haven't seen this, SHAME ON YOU!

You all know the deal.  Michael Myers, who had killed most of his family while wearing a clown mask, escapes from the insane asylum to stalk his sister, Laurie, who's been adopted.  With him, he brings his own, personal nemesis, Dr. Loomis.  Lather.  Rinse.  Repeat for 7 sequels and 2 remakes. 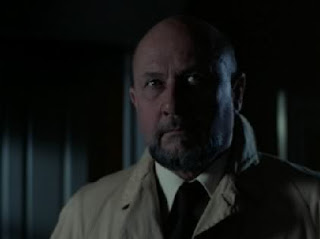 Because everybody needs to be chased by a bald British gnome at some point in their life.

The sheer number of tropes that originated from this film are staggering.  This film single-handedly established that the killer is somewhat more than human, that babysitting is the most dangerous job on the planet and that sex and drugs are the leading cause of death among teenagers in horror films.  Seriously, if someone asks you to babysit, you'd better get some shit in writing first... like a rider allowing you to drop the kids and run at the first hint of danger and, oh, I don't know... your will. 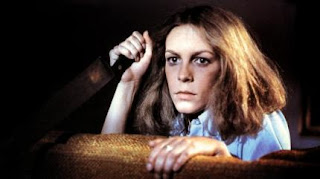 A self-defense course couldn't hurt, either.
Write it off as a business expense.

Now, I know what you're going to say.  "Didn't Black Christmas already establish some of these?"

Yes and no.  These things (other than babysitting) were present in Black Christmas but the "cause and effect" parallels weren't there.  In Black Christmas, there didn't seem to be any kind of rhyme or reason to the killing.  In Halloween, we seem to get a kind of instant karma.  You see kids doing bad things, you see kids die.  It's a thing.

One thing that I find to be incredibly cool about this movie is that, much like Texas Chainsaw Massacre, there's minimal gore.  The idea of gore is there but this film relied on suspense, silence and some darn good music (y'know... when there wasn't silence...) to generate fear in the audience.  The fact that we spent a lot of the movie actually watching through Michael's eyes (yet another trope borrowed from Black Christmas, but refined and used in a much more effective way since Michael never made a sound) is enough to get our inner Shanaynay yelling at the stupid white woman on the screen to get out of the damn way.

A little bit of trivia:  For those of you that are not aware, Jamie Lee Curtis was not the first choice to play Laurie Strode.  That was supposed to be Anne Lockhart, daughter of June Lockhart, but Carpenter ultimately cast Ms. Curtis because of her mother, Janet Leigh.  Psycho was a huge influence in this film. 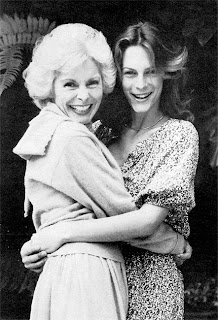 And their hair is FABULOUS!

The same cannot be said of that abortion of a remake.  I do not want half of the damn movie to be backstory for the killer, I want murder and mayhem.  You, Rob Zombie, of ALL people, should get that.  I don't want to feel sympathy for evil, I want to feel fear of it. Plus, your wife SERIOUSLY needs to eat a damn sammich.

If you haven't seen this film you can just consider yourself looked at funny.  I don't even KNOW you, anymore.