Did NOT See That Coming...

Part of my dream is coming true!  I'm actually being ASKED to review stuff!  I hope the people that do this realize that I won't cut them any slack, 'cause I don't roll that way, but I'm still EXTRA flattered.

To lull these folks into a false sense of security, though (KIDDING), I'm perfectly OK with supporting indie horror in any way I can.  A lot of it is fresh and new and it may not be summer blockbuster but it's certainly worth a watch.  (Stick me with bad acting, audio that sounds like you filmed the entire movie in a locker room and an ultra-slow pace that tells me you can't edit, though, and I'll cut you.) 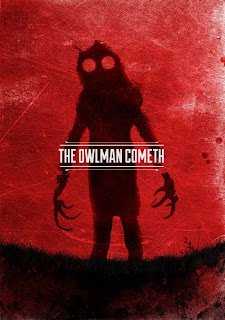 That said, Lawrie Brewster just let me in on his new film, Lord of Tears which needs a little help to get released.  Here's the trailer:

Now, I LOVE films like The Woman in Black and the old Hammer and Amicus stuff and this kind of has that feel to it so I'm pre-recommending this on the trailer alone with the proviso that it IS an indie film and it does not look perfect.  That is a perfectly OK thing and films that try to be too perfect usually end up sucking dead donkey dick.

You can find out more about Lord of Tears at its website:  www.lordoftears.com  or show it some love on Facebook.

Here's the thing, though.  They do need a little help, so if you can spare it, maybe consider kicking in a little at Kickstarter.  Every little bit helps, y'see, and this looks like it'll be a quality product.  They have some sweet doodads you can get for donating and a vid from Lawrie himself giving us a look into the film's making.

Plus he has an awesome accent.

In all seriousness, though, this looks like it'll be a lot of spooky fun and it's been my experience that indie horror from across the pond is TONS better than the indie horror made here.  Get into it, kids.
Posted by BobSmash at 4:12 PM