I've been around a few months, I know, and some of you have gotten to know me through other venues but for the new folks, I have a confession to make. 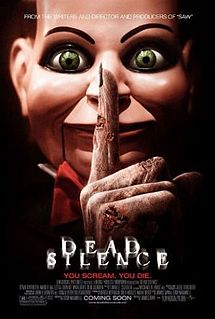 And TRUST ME when I say I wish it wasn't the case.  Cause this was NOT a good movie by a long shot.

It is my secret shame.  Well, that and an inordinate fondness for the smell of gasoline.  And the Spice Girls.  And America's Next Top Model.  And SHUTUPYOU'RENOTTHEBOSSOFME!! 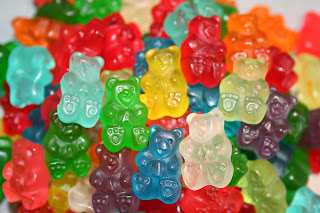 Have some gummy bears and hush your hate hole.

You know the drill.  We have to talk about the story first.  No dessert until you've eaten your dinner.

Totally funny thing?  When I was a kid, I ASKED for a ventriloquist dummy and nobody gave me one.  I'm assuming my father, who used to run around with a werewolf mask frightening his children for no goddamned reason, refused to have one in the house.  I KNOW they wigged my mom out because she'd seen Magic but I like to pretend that my dad was afraid of SOMETHING.  LET ME HAVE THIS!!

ANYWAY, so wifey-poo reminisces about her town's urban legend and then Jamie goes to get dinner.  When he comes back, Lisa has had her tongue removed because even though she can remember the rules that come in a cute, little, ominous childhood poem, she can't fucking obey them. 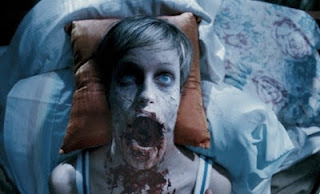 The police (as represented by former teen pop star Donnie Wahlberg who can't stand that his little brother has a better career than his), of course, suspect Jamie, because a normal person would totally do this, and start stalking him, and in the process Jamie discovers that the dummy belonged to the old homestead's resident harpy and serial kid killer, Mary Shaw, who REALLY liked her puppets.  (This is PG-13.  Let your mind roam where it may.)  So he goes back to the small town from which he came to get away from it all.

So, minor things happen, he ends up talking to the crazy mortician's wife who convinces him to bury the puppet in Mary's puppet graveyard.  Yes, there is a puppet graveyard.  Why?  Did you even read the previous paragraph?  When you're inordinately fond of wood and felt, anything's possible.

Then there's this flashback to the mortician as a kid attending one of her shows where she does turn of the century ventriloquist stuff and bores the hell out of her audience until a kid picks a fight with her until she displays her awesome ventriloquist powers which shuts him up.  Then the kid goes missing and Mary gets blamed and the town lynches her and tears out her tongue.  Her last request is to be turned into a ventriloquist dummy herself and buried with her puppets... in the puppet cemetery... because she is now a puppet... and apparently a ghost, too, because the mortician also knocked over her casket before she was buried and she tried to kill him but couldn't because he didn't scream.  This is important. 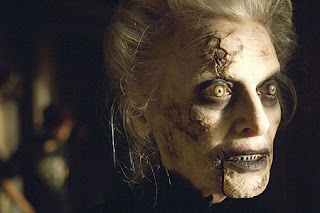 So, yeah.  This movie is ridiculousness on a stick.  It's got that schlocky feel that most teen horror movies have and it almost feels like James Wan kind of phoned it in since he was more concerned about his SUCCESSFUL franchise at the time.

But here's the thing.  This movie could be SO much more.  It has that Japanese Revenge Ghost quality to it that everybody ignores.  It's closer to The Grudge than anything and hokey plot device or not, a lot of people think ventriloquist dummies are creepy as fuck.  I, personally, don't have a problem but since Magic, as mentioned above, I've always liked the thought of a ventriloquist villain.  It's TOTALLY Batman in its over-the-top-ness. 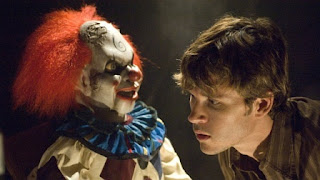 Here you go, kids.  Clowns AND ventriloquist dummies all in one!  Sweet dreams!

I say "your mileage may vary" a lot on here because, seriously, this is my blog and your opinion may differ from mine, but I really do suggest people give this one another try.  It's got a subtle awesomeness underneath the bad script and jumpy plot.
Yes, I'm recommending a movie on concept alone.