You Know, SOME People Prefer a Rabbit's Foot

That line, however, can very definitely be blurred and, in a few choice cases, crossed completely.  Why?  Perhaps it's the metaphysical dichotomy of sex and death?  Perhaps it's to try and encapsulate the fear of the problems that sex inevitably causes?  Perhaps it's because horror directors tend toward the emotionally stunted perv side of the scale?  A-One, A-Two, A-Three-hee?  The world may never know.

This brings us to Lucky Bastard. 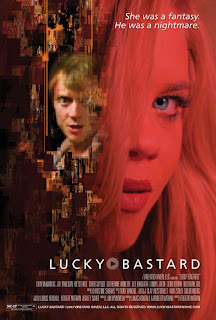 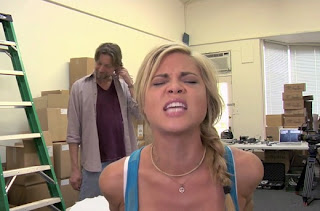 Yeah!  YEAH!  Take me you basement-dwelling stud, you!

There's a tiny part of me that's screaming "HELP ME" right now. 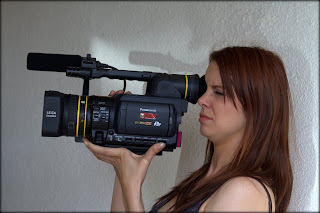 This girl.  Tries to be useful.  Fails. 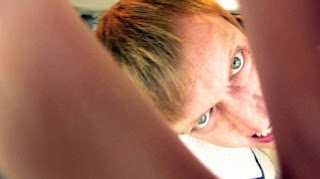 This is my angry face.  LOVE MEEEEE!

I'm not saying NOT to watch this movie but I'm not recommending it, either.  I'm fairly certain you'll feel as blasé about it as I do.  There's really not a lot to it and, frankly, you have better things to do with your eyes.  Appreciating a painting... as it dries.  Discovering if bears really DO shit in the woods.  Experiencing the power of pepper spray.  Stabbing them with blunt sticks.  You know.  Fun shit.

I was gonna say "Deuces, I'm out" here, but then I remembered that the phrase "Deuces" probably came from some Jersey Shore meathead who mispronounced "Douches".