Yes, Yes, We Know Her Name.

I'm sure that all of you are deeply aware of my abject adoration of Stephen King's Carrie by now.  If you don't, I don't even KNOW you anymore. 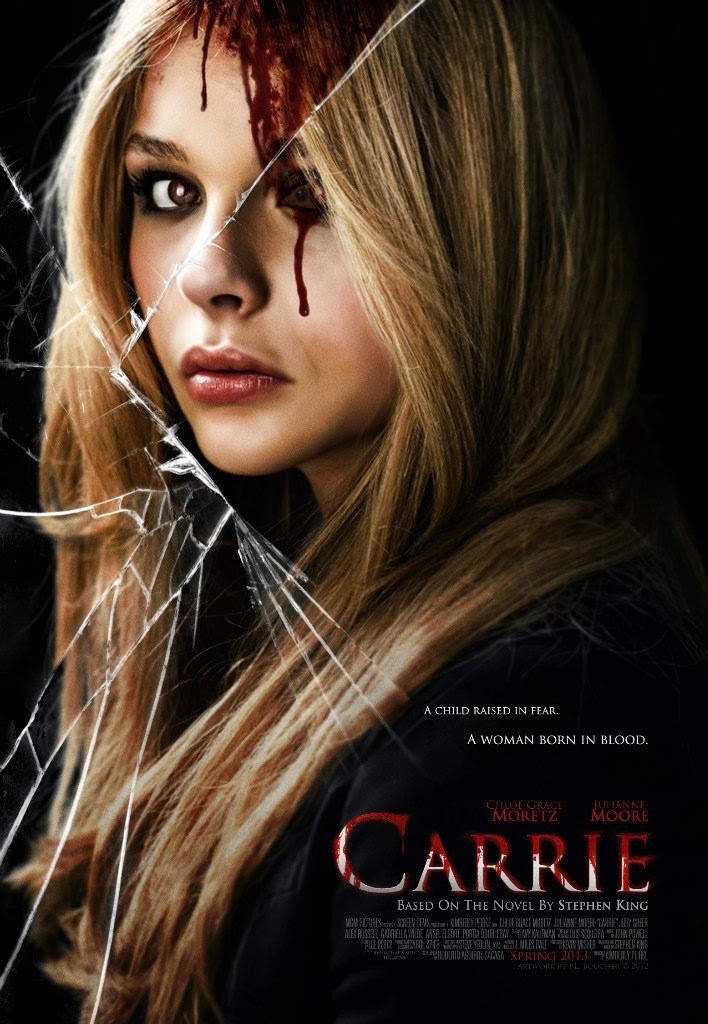 So, I was pretty darn glad to hear that they were doing a big-screen remake of Carrie because, frankly, while the story itself is relatively timeless, the telling of it did need some updating because there are a WHOLE lot more issues that can be covered in the age of Facebook and YouTube.

That being said, the shower scene, while still allowing the pervs in the audience yet another illicit glimpse of underage skin, was still traumatizing and gave us the added edge of Chris Hargensen catching the whole thing on her cell phone and posting it on the internet.  Adding that extra edge of bullying makes it that much more appropriate for today's audience.

The rest of the movie, though?  It's good but not game-changing.  Carrie is still dealing with her freak-ass mother (played in a drunken haze by Julianne Moore), Carrie is still timid and shy and, seriously, I'd be timid, too, if I went through my whole life being hated for, basically, nothing.  Carrie is still pitied by Sue Snell and she still goes the prom with Sue's boyfriend.


For fuck's sake, can we take the story of a telekinetic teenager seriously?  She has the power to destroy the world one gas station at a time and we get THIS?  I don't hate this movie but I really don't think director Kimberly Pierce went as far over the line as she could have.  Add to that the utter CGI-ness of this remake just makes me say that this is OK but watch the original.  The original is FAR superior to this one.  Even the TV remake had more to it than this version.

About the only thing they put in this one that makes anyone think is the opening scene where Mrs. White is contemplating murdering the sweet little baby that just made her think she was passing a tumor through her happy hole.  Even her escape from the closet was half-assed.   The destruction of the prom was OK but the destruction of the town was completely missing when it really should have exploded all over the screen.  Her revenge on Chris was adequate instead of over the top.

This is not to say that Chloe Grace Moretz' performance was bad.  In fact it was quite good.  Her willingness to move and twist her body like a monster when she, ultimately, is turned into one was truly appreciated.  Other than that, I will not say to skip this because by itself it is a good movie and if the story had not been put to celluloid before it would be perfectly adequate but this deserves a comparison to the original.
Posted by BobSmash at 10:16 PM