Anvils: Don't Leave Home Without Them

Before we go forward with this, let me start by saying that I appreciate Ireland for doing what they're doing in horror film.

They're trying, bless their hearts. 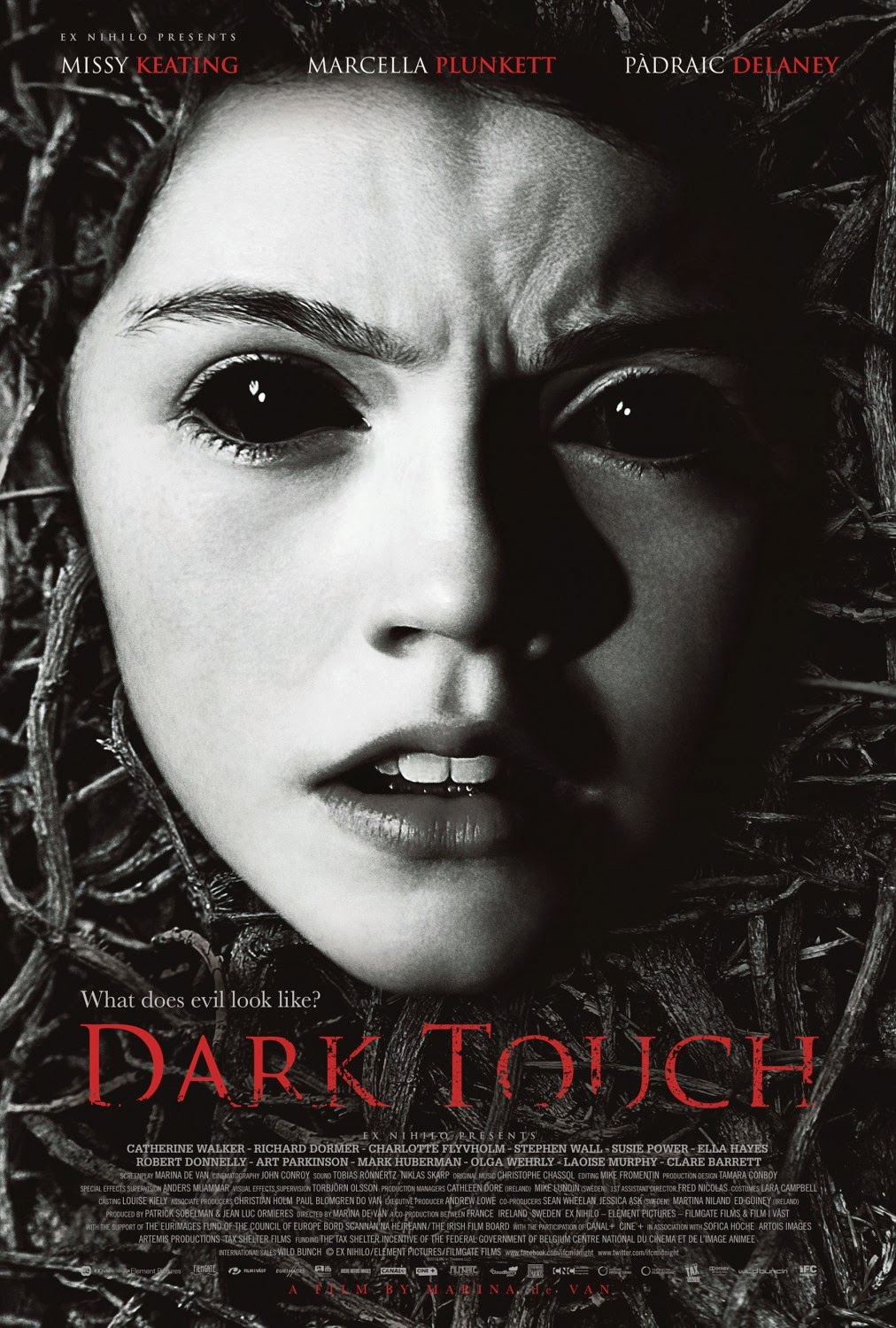 Suffice it to say that 2013's Dark Touch did not excite me.  I had seen a review that said "An Irish Carrie" and my 2 in the morning brain said "OKAY!" and now I'm relatively certain that there are parts of me that are dead only I don't know it yet.

Besides my pancreas.  That bitch done gave up the ghost months ago.

On the upside, I am now part zombie.

ANYWAY!  So, yeah.  Telekinetic teenagers.  We know them.  We love them.  We know that abuse is going to cause a big, ole psychotic snappy-snap that's going to leave many, many bodies behind.  They are human suffering and revenge writ large.

Except not in this movie.

Because in this movie, the plot hung around our young monster's neck like a fuckin' cinder block.

OH MY GAWD, we GET it!  Child sexual and physical abuse is BAD, Damn.  The moral of this movie just kept hitting me over and over until finally I had to call the fuckin' cops and invest in a Hooters tank top.  I wouldn't have had a problem with that if the roaring rampage of revenge ever made it past a slightly rude whisper but, fuck me if insomnia was the only thing that kept me watching this HOPING that this kid would just start laying into people one by one slamming them into walls, leaving delightful splatters all over the place, but, no.

We get a party of girls who almost, but not quite, touch the fire that's 4 fuckin' feet away from them and even her big "fuck you", Pied-Piper moment to a town that doesn't believe her or want to help her (except for, y'know, the cops, the people that took her in and her counselor and her teacher and a whole crap-load of people that she's never met) is a throwaway.

It really just seems like they wanted to exalt in the "Abuse destroys" angle and there was no bright spot.  There was no hope, no joy, no counterbalance to the dread and no rescue from the pain for Neve or from the boredom for the audience.

Skip this with a fuckin' song in your heart.

Email ThisBlogThis!Share to TwitterShare to FacebookShare to Pinterest
Labels: abuse, Dark Touch, fuck me this was awful, horror, review, snark