SO!  Kids.  What shall we talk about today, hmm?  Global warming?  Hmmm... no.  Fracking?  Nope.  Giant monsters that feed on radiation and stomp the fuck out of everything they see until all of humanity is a gooey puddle? 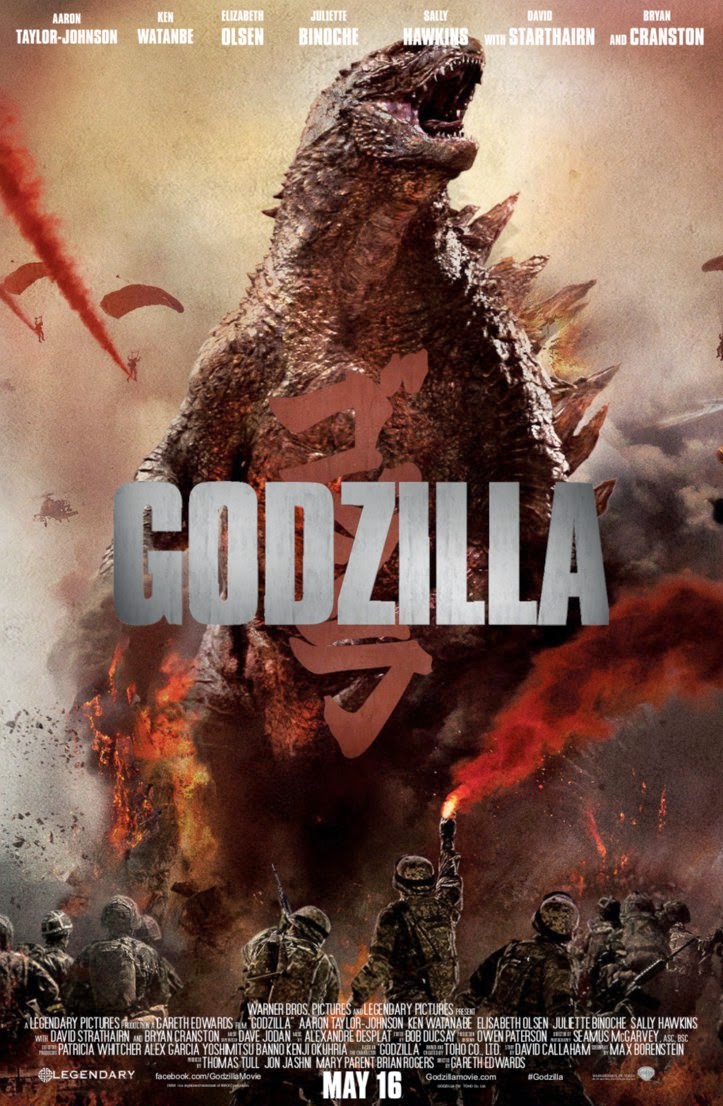 Let me first start this review by saying that I really did enjoy this movie and it was well done and I fully support the fact that real kaiju have curves.  It was well paced. had lots of action and the destruction was well worth the 10 bucks, a bladder-buster and a bucket of popcorn.  Plus I went with friends who scream so it was an enjoyable set of circumstances.

On top of ALL of that, I LOVE this movie because I am a snarky bitch and there is SO much to make fun of.

We all know that the Kaiju movies are cheesy as fuck and that's why we love them.  It doesn't matter that they spent millions of dollars on it with frame after frame of digital special effects and so many explosions you have to wipe the Bay-kkake off of your face when it's over (Thanks, Dave...), we go to watch giant monsters crush the landscape.  (Speaking of which, I totally need to get a kaiju party going.  That where you make a whole lot of tiny cardboard buildings and all of your friends wear monster suits and destroy them with gleeful abandon while eating Japanese inspired snacks.  It's FUN.  Shut up.  I'm doing it.)


That being said, this movie is CHOCK FUCKING FULL of inaccuracies.  First and fucking foremost, the Honolulu International Airport does NOT have a goddamn monorail.  It's not a large airport.  It doesn't need one.  The only monorail system in Hawaii is at Pearlridge in Aiea and that's because the mall is larger than the airport.  They show a Jackson's chameleon in Hawaii, too.  I was going to bitch about that but it appears that the species was introduced to Hawaii in the 70s to get a breeding population for the pet trade.  Probably just included to look cool, though.  The science is so bad in this movie it made me want to punch the screenwriter in the dick.

And, seriously... who finds a MILE LONG FOSSIL and doesn't report that shit to the news?  I get not wanting to alarm the populace about the ones that are, you know, actually smooshing people, but doesn't that count as a significant find?  Come on, now.  You people aren't even trying.

As for the actors, well, Bryan Cranston is awesome as Paranoid Scientist Man but then we have to deal with mopey Japanese dude, slightly less mopey assistant to mopey Japanese dude, Military officer who thinks he knows what's best for everybody and is planning on setting off nuclear weapons with no apparent outside orders, Ford (Paranoid Scientist Man's kid) played by Aaron Taylor-Johnson who appears to be filling the role of Channing Tatum's special needs little brother who wouldn't be able to keep a promise to his kid to save his life.  Even Elizabeth Olson, the only Olson sister worth a damn, seems to have been cast for the sole purpose of quivering her lip at the slightest provocation.

On the bright side, though.  GIANT MONSTERS DESTROYING CITIES!  EEEEEEEEEEE!!!

Except, we have to wait until almost the whole movie is done before we get to see that.  Yeah, we see Muto who is our new version of Rodan (although, if you look, Mothra makes a kinda-cameo) and Mommy-Muto who is his much larger, pregnant, counterpart throughout a lot of the film but Godzilla is only glimpsed in pieces until about 2/3rds of the film.

So, yeah.  It's an AWESOME movie.  From the beginning moments of pathos to the State Farm commercial at the end where they basically deny claims for everybody because they don't cover acts of Godzilla (That doesn't actually happen... there is no commercial.  I lied to you.) and Godzilla gingerly strides through the wreckage to his slumber in the sea saying "SCUSE ME.  PARDON ME.  I'M NOT DELIBERATELY STEPPIN' ON NOTHIN'.  OOPS!  I'LL PAY FOR THAT.  GOTTA GO.  BYEEEEEEEE!!"

Go see it.  Be prepared to facepalm a LOT, though, and bring friends with which to share the gift of snark.