Return of the Bride of the Son of...

My children, I have return-eth-ed to you.  To snark your eyeballs into oblivion and annoy your parents.  To make children skip in the streets and to make directors cry and hang themselves.  To ignore my own aching brain to provide YOU.  Yes, you.  With comedic splendors.

'Cause that's how I roll.

So, yeah.  Let's talk about Insidious, shall we? 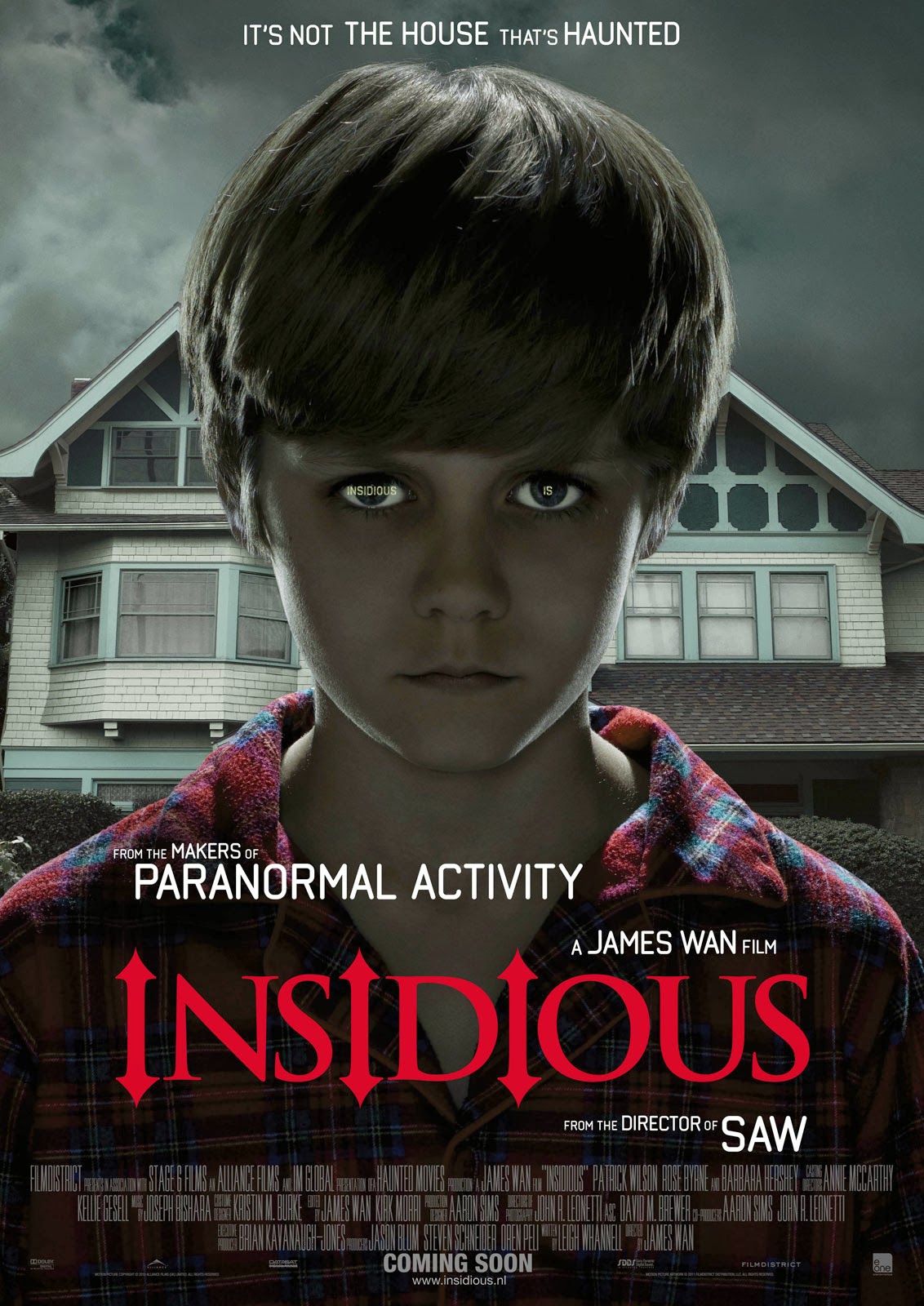 OH!  And we're totally gonna talk about Insidious Chapter 2, too.  Because that shit is packed with more cheese than a Wisconsin colon.

Fuck me, this was painful.  I suppose the only reason I made it through was because it was 4 in the morning and there was nothing but infomercials on and I needed SOMETHING to do.  GUESS WHAT, KIDS!  Same fuckin' plot except the magic cougar gets all dead and shit.  Woo.  And, then we have the OTHER ghost that possesses Patrick Wilson and makes him all murder-y in the blandest way possible (as in he never actually kills anyone) by a dude whose mom (previously mentioned tulle-enrobed psycho-biddy) raised him to be a little girl.  Someone's fuckin' bitter.

Also?  Who the fuck names their kid "Dalton"?  That's a wedgie-name, right there.  It's like they WANT him to grow up to be a male stripper.  'Cause, seriously, banana-bouncers are the only people I know that have that name. Then again, I don't know that many Daltons.  I'm not sure I want to.  The name wants me to bully them and I'd feel bad.

PABLUM!  THESE MOVIES ARE FUCKING PABLUM!

What the fuck, Hollywood.  Are you SO driven to pander to the lowest common denominator that you can't actually recognize that a horror movie isn't scary?  Or intelligent?  Or watchable?  Damn, son, My Little Pony is scarier than this shit.

I'd ask why I bother with modern horror movies but they inspire me.  They inspire me to find new and interesting ways to describe the multitude of ways that the moronic tard-monkeys that make these movies should DIE IN A FIRE.  Fuckin' Hell, Hollywood.  You will SANITIZE MY CREVASSE AND LIKE IT!!

So, yeah.  If anyone can make all extant copies of either of these movies disappear, there may be sexual favors involved.  Just sayin'.