It's BACK! And gorier than ever.  Because that's how we roll, yo.

ANYWAY, since I didn't focus at ALL on gore last year, I'ma gonna give it to you in SPADES this year.  Shovelfuls.  Buckets.  Mostly because it's stinkin' up the place and I'm a delicate fuckin' flower.

In other news, Ti West still needs to be beaten with an oar.  Because before he gave us pseudo-80's, retro-not-inspired hipster horror, he apparently sucked Eli Roth's dick so much that Roth had to let him direct something to get him to uncork.  And we ended up with Cabin Fever 2: Spring Fever. 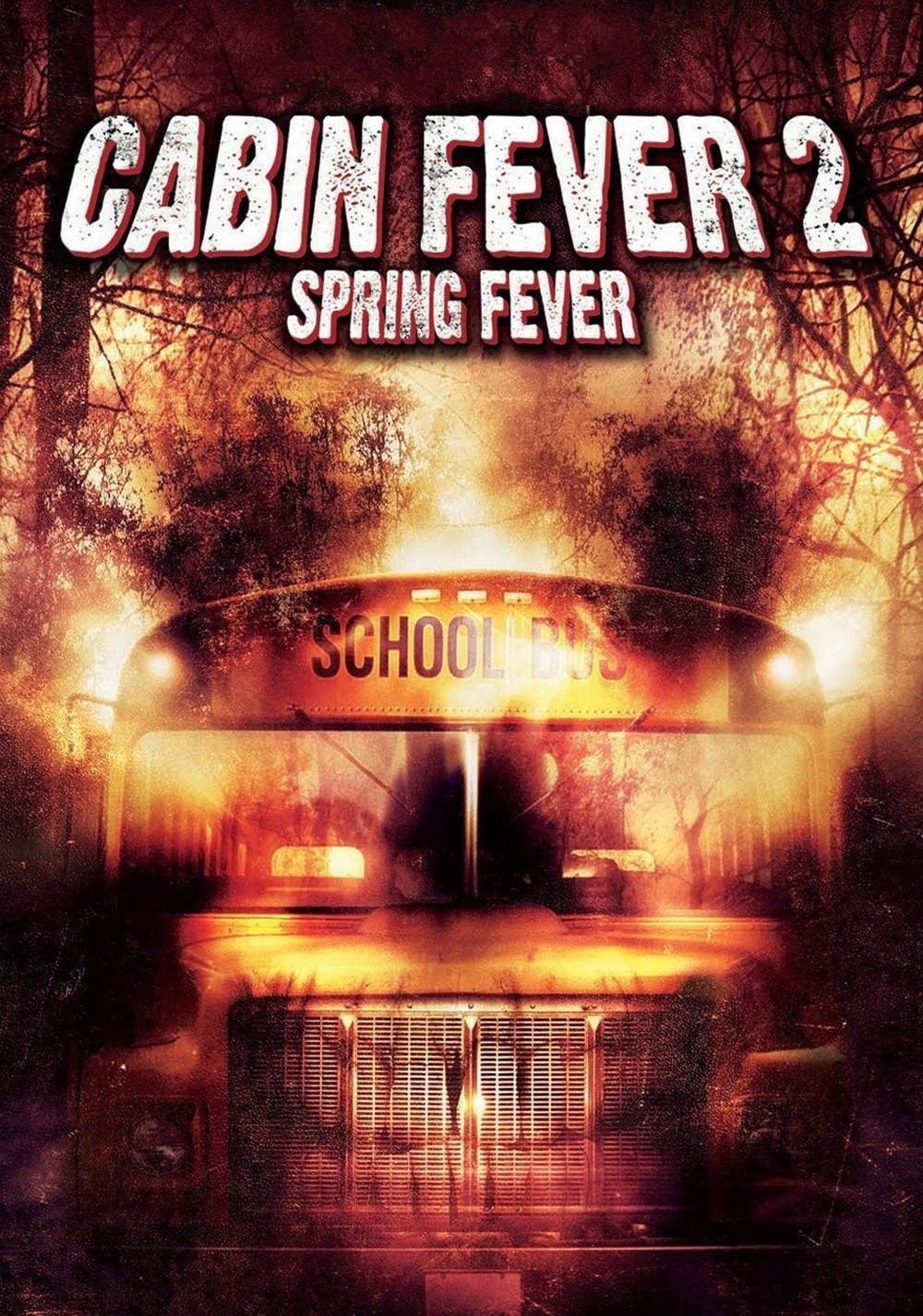 For those of you unaware of the franchise (and, frankly, if you're reading this, you are probably not unaware), Cabin Fever was all about a flesh-eating bacteria infecting a group of campers all unknowingly and causing untold mayhem because they were too stupid to go to the fucking hospital.  Now, we all knew how this was gonna go down if there was a sequel.  That shit was going to spread like the measles at Jenny McCarthy's house.

I... I can't... I don't...  See, I REEEEEALLLY didn't want to watch this.  And it turns out that  I was right not to want to.  From the moment we see a kid get a blowjob in the bathroom from Hazel the Happy Herpes Donor to watching the same kid remove his finger nail and THEN TRY TO GLUE IT BACK ON HIS PUS-FILLED DIGIT to watching the big girl lose her virginity (and a tooth) and then bleeding out through her vag in the school pool, to the janitor pissing chunky, syrup-y blood in the punchbowl all the way through the end of the (sadly and unfortunately Ocean-Disco-themed) prom, this movie is gross but that's about all it gives us.

Well, it DOES give us Noah Segan, whom I like, and the cute gay daddy-bear principal and his man-mountain of a husband who shows up for all of three seconds being all nelly with his waxed moustache and kids being tear-gassed and choking to death on their own blood in the school gym but, really?  This is trashy, z-grade filth.  Normally, I'd be all about that kind of thing but I just did not care for it.

I'm guessing it was because Ti West has no concept of the balance between horror and comedy because he's the worst horror director, ever, besides Adam Wingard, and I have a feeling that horror-comedy is what he was going for. Fail.

Even the cartoon sequences were fucking awful, man.  That was some tacked on bullshit.

I mean, yay, props for gallons of fake blood but, for real, man, this movie was weak.  Weak and helpless like a baby kitten.  Weak like Skyline Chili.

Also, gross like Skyline Chili.  For realsies, never eat there.
Posted by BobSmash at 1:00 AM